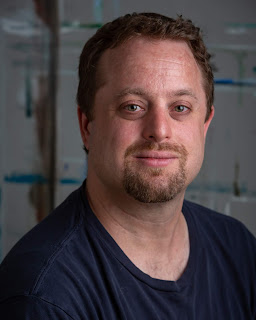 Today I would like to welcome John Coon. Tell us a little about yourself.

My name is John Coon. I work full-time as a sports and business reporter in Utah, which is also my home state. I grew up in rural Utah and lived for a short time in Texas and Louisiana after high school. I returned to Utah in 2000 and received a bachelor's degree in history from the University of Utah. After graduating in 2004, the Salt Lake Tribune hired me to their scoreboard staff and I became a sports reporter in 2005. I worked there until 2007 when I left to take a job at the Deseret News. I stayed at the Deseret News until the end of 2010. Since the start of 2011, I have freelanced for multiple media outlets including, most notably, the Associated Press. When I'm not writing, you'll usually find me hiking a trail somewhere and taking pictures.

Wow John, you sound busy. It's amazing that you find the time to write. Will you share a short excerpt from your novel.

"Let me put this in clear terms for you, Dean." The deputy rose from his chair and walked over to Dean's side. "There are no such things as witches, monsters, demons or whatever else your imagination is trying to cook up.”
His firm eyes and stony expression made it clear that their chat was destined to meet an abrupt end. Dean felt dismayed at the deputy's stubbornness. After all of the sacrifices he made to keep Deer Falls safe, he had become a joke and an afterthought to this entire town. How many more times did he need to come in here before they took his warnings seriously?
"You have to know what will happen if that chest isn't sealed and buried again."
"I only deal in the real world,” the deputy replied. “Catching real criminals. Stopping real crimes.”
“I'm not some random lunatic. I guarded that tree with my life for a good reason. You've have to listen to me."
"Go get yourself cleaned up. See a psychiatrist. They'll give you some meds and counseling. It will make a world of difference for you. Trust me."
Tears started to form in the corners of Dean's eyes. His chin dipped to his chest. He buried his mouth in his hands for a moment, before looking back up at the deputy.
“Why would I lie about this, Deputy Palmer? What do I have to gain? All I want is to stop this monster from destroying other lives the way it destroyed mine.”
Deputy Palmer grabbed Dean's left arm and motioned to the door with his other hand.
“Leave. Now.”
“Go check out my lot,” Dean insisted. “That little thug stole the chest right out from under me. See the hole he left behind for yourself. He's in danger. His family is in danger. This whole town is in danger.”
(Pandora Reborn, Chapter 4, Pages 37-38)

John, Can you tell us what brought about the idea for this book?

Ultimately, I wrote Pandora Reborn because it told a story I really wanted to share with the world. I first developed the idea while in high school and it stuck with me for more than 20 years.

My initial story idea was sparked by a legend about the lost Rhoads mine near my hometown. Gold from the mine was supposedly used to help finance the construction of the Salt Lake Temple and the location was known only to Mormon pioneer Thomas Rhoads and his son. After they died, others died or disappeared in the Uinta Mountains over the years while searching for the mine. It led to the lost mine gaining cursed status. I wondered what could make a mine cursed and the image of an evil witch sealed in a chest popped into my head.

As I fleshed out my characters and I started visualizing scenes, I realized it that would make a good novel. It sat on the back burner until I finally committed to putting in the work necessary to bring it to life last year.

It always amazes me how long an author can hold on to a story until they finally take the time to write it down. Where do you see yourself in five years?

Writing more fiction. Pandora Reborn is my debut novel and I have many other stories in the pipeline I wanted to flesh out and publish. Being a reporter can be mentally and emotionally draining at times. It is a high stress occupation. Writing fiction is fun because it offers an escape valve from those pressures and gives me a chance to exercise my creative muscles.

It's great when you find that release. Writing can be so rewarding, sometimes it's hard to understand why everyone doesn't do it. John, have you been given any helpful advice during this journey? If so What?

One helpful piece advice for me, that applies to every writer,  is to find your own voice. So many writers think they need to write exactly like some famous or popular author that went before them or that they need to do a vampire  story , a zombie story , or a Game of Thrones style epic because that's what sells. It's better to create stories you enjoy and carving out your own identity.  Building your own fictional worlds and characters is so much more satisfying than copying what  a zillion other authors are already doing.

I completely agree. Currently, what are you working on?

I have two projects I'm working on for the immediate future. One is a sci-fi/horror novella centered on four students from McNeese State who become stranded in a remote Texas town after their car breaks down on a spring break road trip. My goal is to publish this story before the end of the year. The other is a science fiction novel I plan to release in the summer of 2019. I do have other stories in mind involving select characters from Pandora Reborn, but I may not get to those stories until late 2019 or early 2020 at the earliest.

What has been the most difficult thing you have struggled with since you began a career in writing?

Making time to work on fiction requires a careful balancing act when being a journalist is your day job. When I wrote the rough draft for Pandora Reborn, I had to carve out whatever time I could while covering the NBA and college basketball. That wasn't an easy thing to do because covering those sports is so time intensive between writing game previews, game recaps, and features. It's so easy to feel burned out in that situation and I had to fight through those periods of burnout in order to reach my goal.

Tell us a little bit about your main characters

My main protagonist is Ron Olson. He is a teenage soccer player who is a reluctant newcomer to Deer Falls. Ron's main concern is keeping aspirations of playing college and pro soccer alive in a small town. He's kind of arrogant, single-minded and prone to drama at times. But Ron also has a good heart and is strong and brave when the occasion calls for it. I used to cover high school sports in my day job and I modeled his personality after various players I interviewed and interacted with over the years.

John, what was your favorite scene to write?

Tough question. I had so many favorite scenes, it's hard to settle on just one. One scene that does stand out as a favorite is when Christina bumps into Ron at the town park after he sneaks out of his house following an argument with his mom, Emily.

It is such a cool character defining moment for both teens. The scene climaxes in a powerful way with Ron getting his first exposure to the reality of the supernatural realm in Deer Falls. It is easy enough for him to scoff and dismiss what he is told earlier in the book by multiple characters. But when he witnesses an event for himself that challenges everything he believed, it is earth-shattering for Ron.

Ultimately, I like Ron’s evolution in the scene. He takes the first steps in a journey to overcoming his own fears and selfish attitude. Christina shows a vulnerable side of her personality for the first time and you begin to see what led a girl like her to end up with the detention crowd at Deer Falls High.
I can see why you like that scene. What  has been the best compliment  you have received?

I've had a couple of reviewers who have compared Pandora Reborn favorably to the Netflix series "Stranger Things" and one of them said it had the potential to be a TV series or a movie. That's pretty cool. An even better compliment I've received, though, is that almost everyone who has read my book has told me they have enjoyed it and couldn't put it down. I love hearing that as an author. You know at that point you've succeeded in creating a story and characters that resonate with a wide audience.

What kind of research do you do before you start a new story?

One thing I like to do before I get into a novel is I like to sketch out each major character and key scene in the story. It gives me a rough outline of what the beginning, middle and end of the story will look like and how the action will unfold. This is so helpful in combating writer's block and getting stuck on a story. The other thing that helps in sketching out characters ahead of time is that it gives you a better idea of their individual personalities. You can predict how they will react in a given situation and how they will interact with one another. Thus when the plot is set in motion, their thoughts and actions will feel more authentic because it's consistent with the personalities you've established for them as the author.

John, which do you find more challenging inventing the hero or the villain? Why?

Creating a strong antagonist presents a bigger challenge in my opinion. Your story is only as good as your villain. A complex multi-dimensional antagonist can push and challenge the hero in unexpected ways. It forces them to grow and evolve. Nothing derails a story faster than having a cliched mustache twirling villain who is evil only because the plot calls for it. Every villain should be the hero of their own story, even if their actions dictate otherwise.

Thanks so much for stopping by John. Happy Reading!! 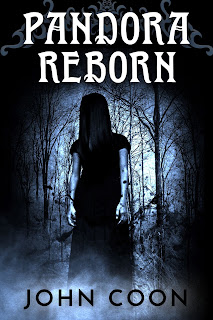 Pandora Reborn is widely distributed through major booksellers worldwide. It can be found on Amazon as an ebook or a paperback. Barnes and Noble also offers ebook and paperback versions. Walmart carries the ebook through Kobo. Hundreds of independent U.S. and Canadian bookstores carry ebook and paperback copies through Kobo and Indiebound.