Interview with Steve Haberman author of Darkness and Blood 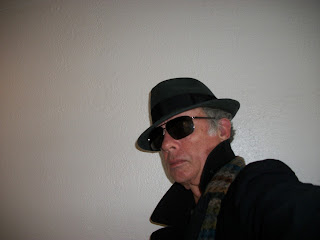 Today let's give a warm welcome to fellow Texan Steve Haberman. Steve will you tell us a little about yourself?

I was born and raised in Texas. Staying close to home, I earned a B. A. Degree from the University of Texas in Austin, majoring in political science and minoring in history. Afterwards I moved to Los Angeles, where I passed my stock broker's exam and worked for a time at a brokerage house before returning to school.  Upon getting my legal assistant certification from UCLA, I worked at a law firm. Successful stock market investments allowed me, thankfully, to retire early and to pursue two dreams, writing and foreign travel, and I have since traveled extensively and frequently to Europe.

I enjoy the cosmopolitan bustle, sidewalk cafes, the museums of Berlin, Rome, Vienna, London, Budapest, and Paris. Many of these capitals find their way into my stories of intrigue..."Murder Without Pity" (Paris), "The Killing Ploy" (London, Berlin, Paris, and Lugano) and just released "Darkness and Blood" (London and Paris) and "Winston Churchill's Renegade Spy" (London and Zurich).  I'm also researching for a fifth novel, this one to be set in 1946 Berlin. 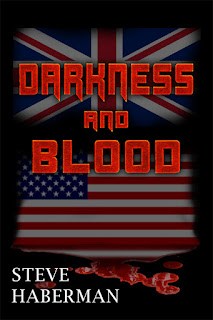 Share a short excerpt from your novel:
Here's the opening chapter to Darkness and Blood, a conspiracy thriller and sequel to The Killing Ploy, I just  finished...
THE MIDNIGHT INTRUDER

A few minutes past midnight in the south of France.

Pablo de Silva, ex-CIA agent, awoke from the restless half sleep of a man on the run. Had he heard a noise somewhere outside his farmhouse? Intelligence operatives had found his hideaway to kidnap him back to his former boss?  Terrorists, hell bent on avenging the killing of one of their own, had tracked him down? Or a jealous husband set on murdering his wife who had fled his beatings and who now, he worried with a glance at her, lay just as uneasily beside him.

“Qu'est-ce que c'est?" What is it, Pablo? she asked in a whisper. “Something wrong?”

He shrugged, whispered back, "Je ne sais pas," and put a finger to her lips. “Quiet." He listened a moment longer in the absolute stillness of the country night, trying to place the sound. After a moment longer, sure now he had heard something, he patted her warm naked thigh; stay here, his intimate gesture implied. He leaped from their bed and tiptoed to the room’s threshold. A dash across the darkened living room, and he stood at one of the two windows that overlooked the dirt drive. He knelt, feeling the cold wooden floor on his knees, and, nudging apart the curtains, peered out. For a moment, squinting past the partly opened wooden shutters, he saw nothing except the thick blackness of night. He heard only the same sound that kept him tense, a mechanical rattle. It came from a car, he saw at last, headlights out, its menacing silhouette looming closer to the end of his farmhouse’s drive. He realized they didn’t have time to flee or to search for his 32 cal revolver.

Pablo glanced over his shoulder. “Stay in our bedroom, Gabriella."

“He's that kind of husband. He’s crazy with jealousy.”

“Just do as I say, dammit, and lock the door.” Pablo peeked out through the curtains again, ending further discussion. Only one car, not several. Parked about ten feet from the stone steps leading to his front door. Three men in silhouette in the car; a fourth in darkened outline, above average in height, stepping out. Four men in one vehicle, not a convoy bringing a snatch or kill team. More than likely then, he guessed, Gabriella’s husband with his armed investigators had found them out.

The man passed in front of several cypress trees bordering the drive, and Pablo silently cursed losing sight of him. He pressed his ear against the paneled oak wall, straining to hear through the thick wood. "I'll do the front," the man called out to his companions. "You guys check around back. Search everywhere." Or did he say, "Search for that pair?" Pablo pressed his ear hard against the wall.

"You really think he's around?" an accomplice, younger sounding, asked. "With all these weeds, the place looks abandoned."

"It's not abandoned, trust me. It's exactly where that wily bastard would hide out. He's got to be around here somewhere."  He paused, muttering about the damn cold and the damn mud. In that moment Pablo believed he had heard that soft voice before. Then he saw he had forgotten to turn the locks, and his thoughts were on the impending attack.


Currently, what are you working on?

I'm just finished up Darkness and Blood, and now on to Winston Churchill's Renegade Spy.  It's a WWII spy thriller, set mostly in Europe.  An ex-New York City detective and briefly, a bodyguard for Winston Churchill, is asked to help investigate a  spy at the heart of the British government during the most critical time in its long history.

Tell us a little bit about your main characters:

These are some characters from Darkness and Blood
Pablo de Silva is the protagonist in both The Killing Ploy and Darkness and Blood, the sequel.  He had a privileged upbringing. His father owned at one time a five-star boutique hotel in Switzerland. But he took on too much debt and had to declare bankruptcy.
Needing to support himself, Pablo used his language skills and knowledge of Europe in service to the CIA, but with a disastrous result.
Stuart Bishop was once Pablo's case officer.  After a disaster in Berlin, he re-evaluated his agent and believed the CIA should fire him.  But after a certain incident in Vienna, he changed his mind once more about de Silva.
Gabriella Rohman, a human rights attorney, planned to divorce her big shot Paris husband, who beat her once. She played a vital part in protagonist Pablo de Silva's life.
Big Snoop/Little Snoop, covert spy facilities outside Washington D. C.


Sometimes I have a hard time coming up with titles, how did you decide on what to title each book?

So far I've been lucky.  The titles simply come to me as I write.  In fact, I think I've had only one working title, Murder Most Secret, that I changed to Winston Churchill's Renegade Spy.  Usually, however, what comes to mind while I'm writing (Murder Without Pity, The Killing Ploy, Darkness and Blood, Where the Bodies Lie) is the final title.

What was your biggest challenge when writing? Did you have any writer’s block?  If so, how did you work your way through it?

I've never experienced writer's block.  That's because I write only what interests me, what works on my imagination, not what's currently selling.  So I'm always working even when I'm not at the writing desk.  I say "always" because my subconscious is working things out even when I'm not writing.
The biggest challenge for me is finding credible feedback.  By that, I mean someone who can say what works for him/her and what doesn't. If someone's hyper critical toward what I write, I'll pass.  Editors are a dime a dozen.  Good editors aren't.

I am blessed to have found a fantastic Editor. You are right, they are not easy to come by.
What are your hobbies aside from writing, if any?

I enjoy tap dancing, riding my newly purchased bike, going to a self defense class, and especially traveling to Europe.  I don't romanticize that continent.  I'm aware that terrible, terrible cruelties happened there and that rotten people with rotten beliefs would engage in those cruelties again, if permitted.
But Europe has great museums and museums in general, superb transportation systems like their metros and bullet trains, and vibrant city life.  Whenever I go, I must have been 20 times already, I always find it an invigorating experience.


I hope to experience all that Europe has to offer someday. I travel to Mexico frequently and love the people and culture, but Europe is definitely on my list. Which is your favorite book?

My all-time favorite spy novel, John Le Carre's Cold War thriller, The Spy Who Came In From the Cold.  I read it when the James Bond novels were highly popular, and Le Carre's grim portrayal of spying was stunningly brilliant and a nice offset to  what  for me was Ian Fleming fluff.

Since you wrote in this genre, do you think you will ever write in other genres?

I can't see myself writing in any other genre.  I came of political age during one of the most traumatic periods in American history...JFK's murder, his brother's murder, Martin Luther King's murder, Vietnam, Watergate.  Lots of bad stuff happened then that grounded me in the real world, and I try to bring that realism to the murder mystery/spy genre.  Whether I succeed or not is another matter, but at least I try.

Thanks for sharing with us today.  Don't forget to check out all of Steve's great books. Happy Reading!! 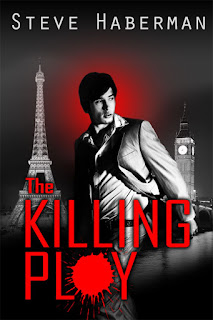