As a mother of two younger boys, I am constantly looking for good books for them to read during the summer. Anything to pull them away from the electronics for a little while.  My boys love fantasy, so I decided to compile a list of fun summer reads. These are in no particular order. Check them out, and you may find a new favorite book or series in your house. 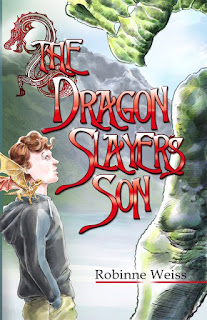 The Dragon Slayer’s Son (Book 1, Dragon Slayer series): They said his dad was a dragon slayer. They were wrong. Now he's following in his footsteps.
Nathan is shocked to learn that his father is dead, and even more shocked to learn that he died in the line of duty as a dragon slayer. When he is whisked away to the Alexandra School of Heroic Arts to train as his father’s successor, he and his new friends soon learn:

Dragons are not what they thought.

Neither is the schoolmaster, Claus Drachenmorder.

And Nathan’s dad might not be dead … yet.
https://books2read.com/TheDragonSlayersSon 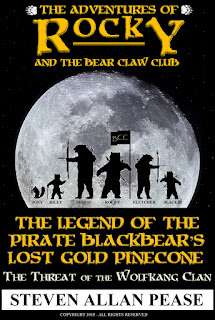 Book 1: In a hidden valley of Maine surrounded by mountains, a small group of orphans follow secret clues that may lead to pirate treasure. The orphans discover a secret room in the basement of their old orphanage where clues lead them on a journey of discovery about who built the orphanage they live in. In this book series ‘The Adventure of Rocky and the Bear Claw Club: The Legend of the Pirate Blackbear’s Lost Gold Pinecone’ you will learn that danger is coming to the Valley of Bearton. The main character Rocky and his friends have no idea that they are being prepared to face what is coming. In a valley surrounded by impassable snow covered mountains of Maine the hidden location of the Pirate Blackbear’s lost colony has kept the secret of pirate treasure and the truth of what happened to the original colonists for almost two hundred years.Yes, you may have guessed it. A tale of lost pirate treasure with danger at every turn; far far away from the Caribbean. Complete with the never ending battle between the forces of good and evil. Join Rocky and the Bear Claw Club as they begin their adventure in "The Threat of the Wolfkang Clan". There is one twist, what you may not be expecting is that the orphans are not human. No, they are... 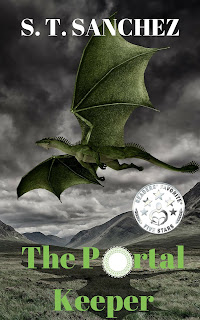 A shadow of shame has fallen over the once proud Maxwell family, and only their faithful son Ajax,  can restore honor to their name. He is tasked with guarding a mysterious portal, the existence of which only a few people outside the King are aware.  A prophecy warns of a danger to come, as the new keeper, Ajax fears he will let everyone down.
When the Prince of Rastella comes to visit the portal for the first time, accompanied by Ajax’s childhood friend Nivara, disaster strikes! In an accident, the Prince falls into the portal and Ajax knows that it’s up to him to venture in and get him back.
With the knowledge that nobody who has entered it has ever returned, Ajax and Nivara leap through the portal to try to save the Prince. He discovers a world full of magic and fantastic creatures, in an adventure that will test him to his limits, and leave him wondering if he will ever get home.
Amazon  myBook.to/theportalkeeper
Read for free with Kindle Unlimited!
Barnes & Noble  https://www.barnesandnoble.com/w/the-portal-keeper-s-t-sanchez/1127615325?ean=9780999001639 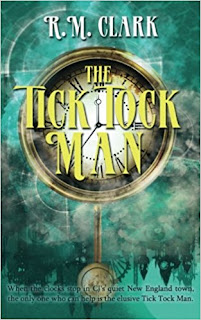 When the clocks in town stop, thirteen-year-old CJ discovers an unusual "clock world" where most of the citizens are clock parts, tasked with keeping the big clocks running. But soon the seemingly peaceful world is divided between warring factions with CJ instructed to find the only person who can help: the elusive Tick Tock Man.

With the aid of Fuzee, a partly-human girl, he battles gear-headed extremists and razor-sharp pendulums in order to restore order before this world of chimes, springs, and clock people dissolves into a massive time warp, taking CJ's quiet New England town with it. 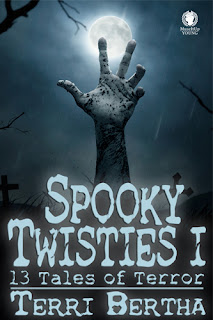 Book 1: What happens when your average suburban town becomes a nexus of the paranormal and occult; and no one told you about it?

Amy, Lindsay, Chris, Nick and their friends are growing up in an idyllic community that offers everything a middle grade kid would want. With a downtown shopping area, housing plans, parks, a public pool, and plenty of friends, there is always something to do. On the outskirts of their town lies farmland, woods, lakes, and of course, cemeteries.

Follow the horror and fun as these friends navigate the supernatural during the course of their 'normal' day. Are you ready to experience the Spooky, with a Twist? 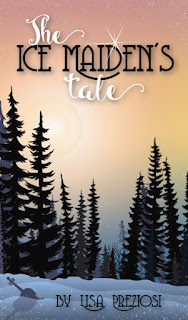 Every town has an old lady all the children just know is a witch.

When Johanna and Casper must spend the afternoon at her house, there’s nothing to do, except listen to a story. While the siblings await their mother’s return from the hospital where she’s visiting their ailing father, Mrs. Kinder reads them a story of adventure, magic and music.

Mrs. Kinder’s mysterious golden book tells an intertwined tale of two young men—the sensitive Sculptor who carves a beautiful woman from ice and the thieving Sorcerer searching for a spell that will bring the statue to life.

The story twists and turns, from the Frozen Forest, to the land of the Lemon Trees, to the home of the Swamp Witch, as the Sculptor’s and Sorcerer’s adventures circle each other. Their inevitable confrontation reveals buried memories that force each of them to confront the true cost of love and redemption.

The Ice Maiden’s Tale the perfect story-within-a-story with magic, adventure and romance reminiscent of The Princess Bride and The Neverending Story for a new generation of readers. 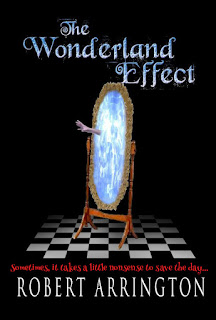 For eight years, Alice Littleton has tried to hide the denizens of Wonderland, her near constant companions, and her own powers, but the plight of a kidnapped boy goads her into action to rescue him with as much stealth as she can manage. But it’s all gone horribly wrong. Her old life is lost as she goes on the run from the only other empowered she has ever encountered, and the shadowy organization he fronts.The Wonderland Effect, an aspect of her powers that draws her to unusual situations, eventually lands Alice on the doorstep of Prometheus Academy. The boarding school is home to other empowered teens, brought together by their desire to remain hidden from the same overpowering figure who confronted her.Prometheus Academy provides a welcome respite, as well as new friends and challenges. But when the threat level suddenly spikes and the life of another young child hangs in the balance, she must find a way to harness the powers of a fairy tale to root out and eliminate her foe, despite all of his advantages. 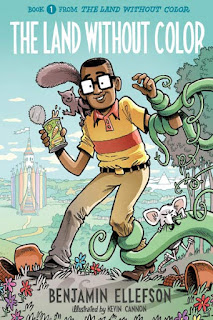 Floating into the air with an enormous gum bubble, Alvin lands in a strange world where everything is gray. The trees, the flowers, the dirt, the sky, the animals, and even the people are all missing their color.Confronted with the mystery of the missing color, Alvin teams up with some unexpected friends to battle man-eating plants, outsmart the bumbling Crimson Guards, cross the Sugar Desert, overcome the two-headed dragon, and find the color-stealing goblins to restore color to the kingdom. 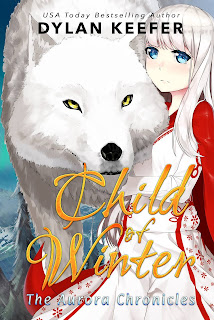 Book 1: Arctica a frozen world of magic and whimsy is in peril of being destroyed by the warmth. The frozen winter wonderland setting of "The Golden Compass" meets the magic and furry creatures of "The Chronicles of Narnia."Follow Láilá into a vast new world full of fantasy and imagination a place called Aurora. She embarks on an epic adventure to find answers to all the hidden questions surrounding who she is and how she came to be. She is an innocent and selfless in her pursuit for answers and the truth behind her mysterious white hair.Child of Winter is the first book of five in the Aurora Chronicles a coming of age fantasy following a twelve-year-old girl into a journey of self-discovery. Though what she learns about herself and where she came from might not have been for the best.The fantasy world is in peril of being destroyed. The warmth is quickly approaching.

Can one small girl stop the warmth and restore Aurora to being the winter wonderland it once was?


All hope rests on her small shoulders. 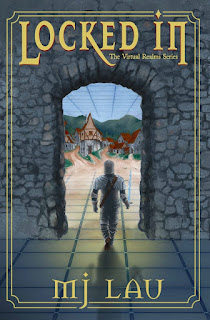 Everett Starner is a nobody. He doesn't play sports. He's not smart enough to stand out in school. He's barely worth bullying. He's not really good at anything except video games, which would be fine ... if they didn't randomly trigger his epilepsy.


That is, until The Interface: the newest gaming accessory that puts the game in your mind. When he plays Realms of Glory, he doesn't watch Everstarr level up and score loot, he is Everstarr. He becomes the somebody he can never be in real life.

It's fun at first -- his clan rises in the ranks and catches the attention of some powerful rivals. But during an epic battle, everything gets real. Too real. Players suddenly vanish. Kills do not respawn. Everett ends up trapped in the game with just a few friends -- and who knows how many enemies. He doesn't know how they got locked in, but he knows they all need to get out soon.

Everett finally has a chance to be somebody in real life ... if only he can get back out there before it's too late. 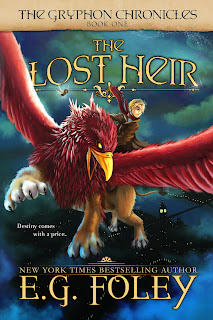 NY Times & USA Today bestselling author E.G. Foley presents The Gryphon Chronicles, a new series of historical fantasy adventures that's as much fun for grownups as it is for kids!
Jake is a scrappy orphaned pickpocket living by his wits on the streets of Victorian London. Lately he's started seeing ghosts, and discovers he can move solid objects with his mind! He has no idea why. Next thing he knows, a Sinister Gentleman and his minions come hunting him. On the run for his life, Jake is plunged headlong into a mysterious world full of magic and deadly peril. A world that holds the secret to who he really is: the long-lost heir of an aristocratic family—with magical powers!

But with treacherous enemies closing in, it will take all of his wily street instincts and the help of his friends—both human and magical—to solve the mystery of what happened to his parents, and defeat the foes who never wanted the Lost Heir of Griffon to be found. 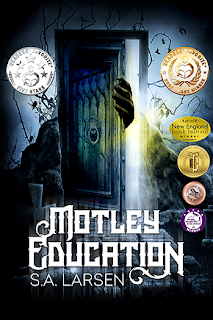 *Multi Award-Winning Middle Grade Novel!*
Forget having a lively after school social life, Ebony Charmed is fighting to keep the entire afterlife alive.
​
Ebony’s less-than-average spirit tracking abilities are ruining more than sixth grade at Motley Junior High: School for the Psychically and Celestially Gifted. Her parents argue so much her dad's moved out. And, even though he’s scared of his own shadow and insists on bringing his slimy, legless lizard everywhere they go, Ebony wouldn’t survive without her best friend, Fleishman.
​
When Ebony’s Deadly Creatures & Relics’ project goes missing she learns her missing project is one of the keys to saving the spirit world. Now Ebony and Fleishman must battle beasts from Norse mythology to retrieve her project before spirits are lost, the Well of Urd dries up, and Ebony loses all hope of reuniting her family. But someone lies in wait, and he has other plans…including creating a new world of spirits without them in it.