Catch up on The Portal Keeper

Working hard on Book 2. Catch up now on The Portal Keeper. After Prince Blake falls through a magical portal, Ajax must decide to go where none have returned or risk the wrath of the king.
Be sure to check out the book trailer HERE 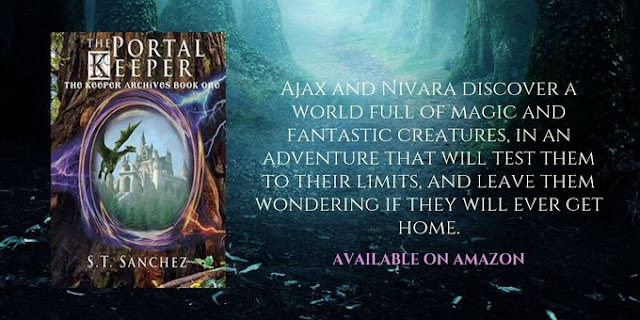 Read a free sample on Amazon

Finally Have Time To Read

I am midway through a new series by Marissa Meyer. I had read her first series The Lunar Chronicles a few years ago. I picked up the first book Renegades for my daughter for Christmas. She is not typically a eager reader, but she devoured the books, so I thought I would give them a go.

Renegades is a new type of superhero series. Book one follows two teens with powers, Nova and Adrian. They both have very different beliefs on who should be running the world and what should be acceptable.  They end up teaming up, while each harboring a dark secret.

I can't wait to finish the series and see how it all turns out.  I love that the characters are not predictable. Things are never black and white. If you need something to read while your stuck at home, give this series a try. 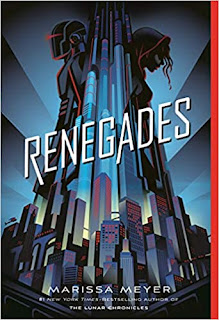 Hope everyone is surviving this crazy new world we are living in. Just a reminder The Sunwalker Trilogy is always free to read on Kindle Unlimited, along with many other great books by fantastic authors.  Also I know a lot of libraries are closing. Something I didn't know is that most of them offer a way to borrow ebooks, so you can keep reading even when they are closed.
Also Saturday and Sunday you will be able to get Sunwalker for FREE.
We are blessed at my house and no one is sick. Our biggest problem is keeping the boredom at bay. Hope you find some great books to read. Comment below and let us know what you are reading. 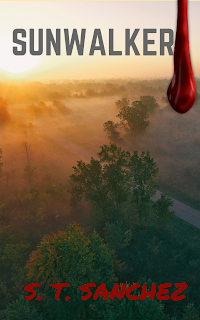 On Sale Today & Tomorrow Only

Spring Break is just around the corner. Looking for something to read? Get my entire trilogy for just 99 cents each book, Today & Tomorrow only. Got Vampires?
https://www.amazon.com/S-T-Sanchez/e/B071NP3NQV?ref=sr_ntt_srch_lnk_1&qid=1582727319&sr=8-1 #vampires #newreads #sunwalkertrilogy #yafiction #kindleunlimited #mustreads 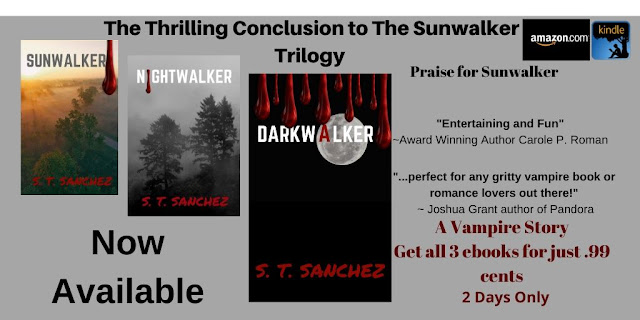 Dragonwatch Master of the Phantom Isle

So I don't always have time to read, and this book has been on my list for a while.  And guess what? I finally had a chance to read it. 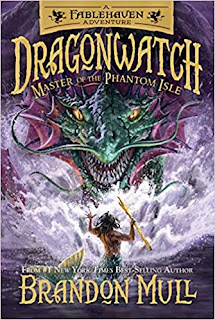 Dragonwatch is a new series by Brandon Mull.  Master of the Phantom Isles is the third book in the series.  Dragonwatch continues the story of brother and sister Seth & Kendra Sorenson, from the series Fablehaven.

Fablehaven is one of my favorite series. So I have been so excited to read the Dragonwatch.  Book 3 doesn't disappoint.  I won't say too much because I don't want to give anything away. But I really enjoyed seeing some of the beloved characters from fablehaven, like Warren and Vanessa, make an appearance in this book.

If you haven't started the series yet, here's the blurb from book 1

The dragons that have been kept in sanctuaries want their freedom—and their revenge—and the world’s only hope is the reformation of the ancient order of Dragonwatch in this New York Times bestselling first novel of a new sequel series to Fablehaven from author Brandon Mull.In the hidden dragon sanctuary of Wyrmroost, Celebrant the Just, King of the Dragons, plots his revenge. He has long seen the sanctuaries as prisons, and he wants nothing more than to overthrow his captors and return the world to the Age of Dragons, when he and his kind ruled and reigned without borders. The time has come to break free and reclaim his power.No one person is capable of stopping Celebrant and his dragon horde. It will take the ancient order of Dragonwatch to gather again if there is any chance of saving the world from destruction. In ancient times, Dragonwatch was a group of wizards, enchantresses, dragon slayers, and others who originally confined the majority of dragons into sanctuaries. But nearly all of the original Dragonwatch members are gone, and so the wizard Agad reaches out to Grandpa Sorenson for help.As Kendra and Seth confront this new danger, they must draw upon all their skills, talents, and knowledge as only they have the ability to function together as a powerful dragon tamer. Together they must battle against forces with superior supernatural powers and breathtaking magical abilities.How will the epic dragon showdown end? Will dragons overthrow humans and change the world as we know it?

You still have time to catch up before book 4 comes out.  Let me know what you think of one of my favorite authors. 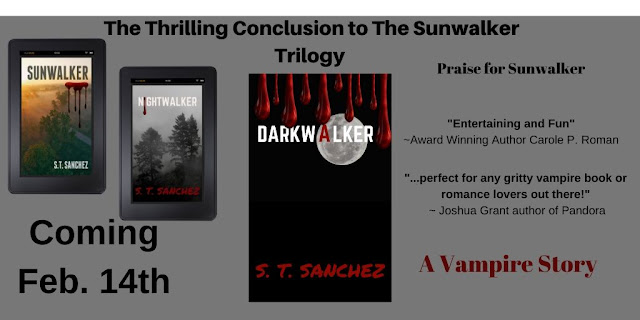 Reeling from another devastating blow by Koyt, Lilly’s world is shattered once again. Desperate to find her mother before Koyt can change her into a darkwalker, Lilly must decide how far she is willing to go to get her mother back. If she succumbs too deep, will the darkness overtake her?
Lilly has failed to deliver Koyt to her emissary Ryan, as she and Tread have catastrophically underestimated the ancient vampire. The government’s threat to bomb Spero looms overhead. Lex, her bff, has been diagnosed with leukemia with no hope for treatment. And Koyt has something even bigger waiting on the horizon, something that may destroy them all.

In this explosive final installment, Lilly will be pushed to the max and friendships will be tested as Lilly desperately fights to hang on to everyone she loves. 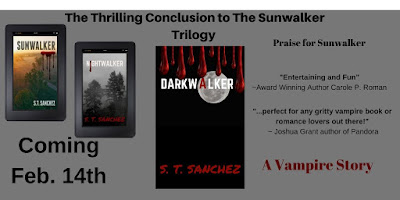 Now available for Pre Order. The thrilling conclusion is finally here. Get All 3 books for under $10, for a limited time! https://www.amazon.com/dp/B083VYW13G/
Posted by S. T. Sanchez at 3:57 AM No comments: